Never miss another design article, project update or invitation to share pancakes with us! Don’t worry we won’t spam your inbox.

GHA’s client was the owner of the building, which had operated as a nightclub since 1995. In recent years, its popularity had declined and a change of use and development of the building to provide residential accommodation was sought.

GHA were appointed, following a refusal of an application submitted by others. Initial feasibility studies and consultation with the Local Authority’s Conservation Officer resulted in a scheme for four apartments, with a shared access from Crown Yard, and Listed Building and Planning consent was received in early 2016.

The Listed building forms a pleasing group with the Particular Baptist Meeting House, Particular Baptist Sabbath School and Nos. 10 to 12 Crown Place. The challenge of the project was to retain the important formal elevation to Crown Place and its internal architectural features, including fireplaces, pilasters and historic memorial plaques. Also, an objective was to provide within the development a sense of the volume of the buildings original use as a public building.

These objectives were accomplished by the strategy of providing additional window openings on the Crown Yard elevation only. Also, several sun-pipes are installed in positions to provide daylight into areas of the plan where the limited window openings don’t produce this.

The completed scheme provides four new dwellings in central St Ives, and enhances and enlivens the character of the area. 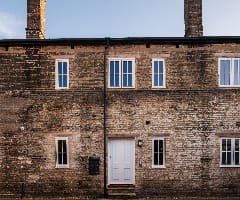 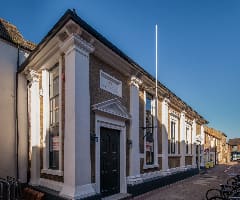 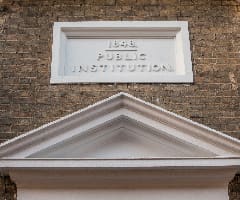 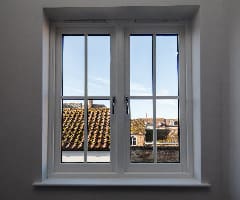 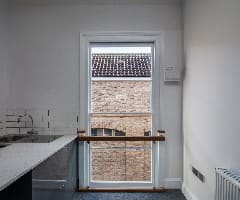 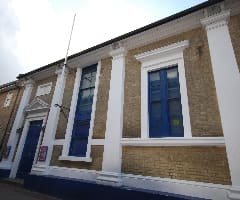 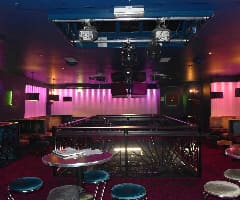 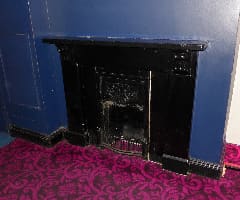 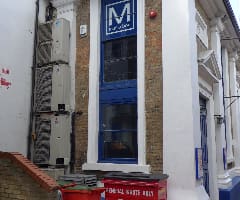