Never miss another design article, project update or invitation to share pancakes with us! Don’t worry we won’t spam your inbox.

This picturesque Grade II Listed 18th century cottage is situated in a rural South Cambridgeshire village with just over half an acre of gardens. Its external walls are built from clunch with a render finish, and part timber frame on the first floor under a half hipped tiled roof. Formerly two farmworkers’ cottages, the properties were unified and renovated in the late 20th century.

GHA obtained Listed Building Consent from Greater Cambridge Shared Planning to re-order the 20th century extensions and reinstate the original fireplaces, add new bi-fold doors to the rear elevation and upgrade the thermal performance of the building. Preserving the fireplace took sensitive restoration and relied on the skills of the carefully chosen builder and their bricklayer. The renovated back-to-back fireplaces between the snug and living/dining room creates a charming feature.

When refurbishing old houses, it’s essential to consider the compatibility between the original materials and those proposed for the new work. Improving the thermal performance whilst respecting the character and traditional construction is important. Here for example, we used internal wood fibre insulation with a lime plaster finish that maintains a breathable building envelope and improves the thermal efficiency. These thermal improvements allowed the existing oil boiler to be replaced with an Air Source Heat Pump. 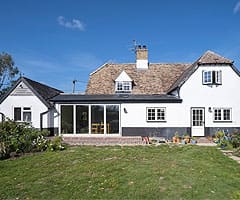 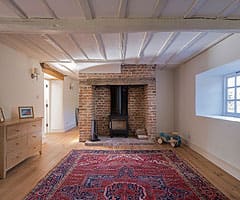 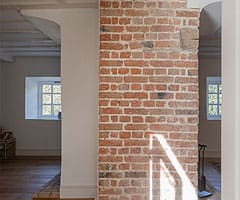 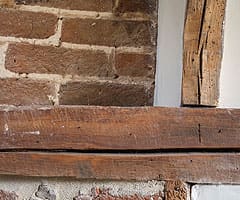 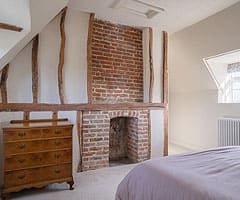 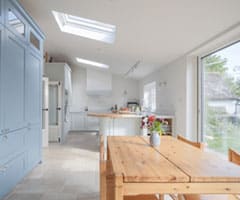 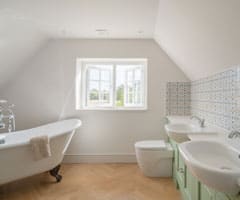 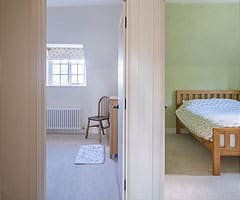 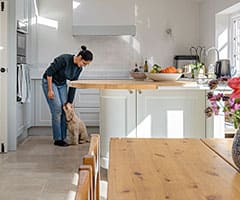 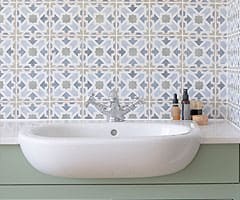 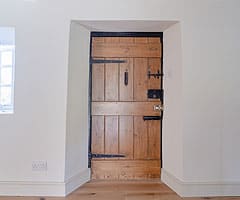